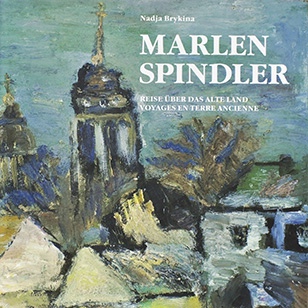 Marlen Spindler Volume I - Wandering in an ancient land

This publication is dedicated to the eminent non-conformist Russian painter Marlen Spindler (1931–2003), who spent a significant part of his life travelling around Russia and 15 years in prison and internal exile.
His sources of inspiration include Old Russian art, Orthodox shrines and the Russian provinces, untouched by civilisation. The artist visited abandoned monasteries and churches and admired the icon masterpieces and unique frescoes in his attempts to understand the secrets of the old Russian masters’ skills. The touching beauty of Russia’s nature and the sincerity and kindness of the people endowed with true Russian souls filled Marlen Spindler with an inexhaustible creative energy which coloured his works in a particular way.
This publication presents mostly the artist’s unique landscape paintings which, alongside his trademark symbolism, helped give rise to his inimitable abstract works.