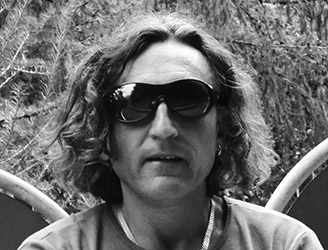 Igor Novikov belongs to the generation of Moscow artists, whose development took place during the time of the demise of the Soviet Union and Perestroika. His father, the painter Alexey Novikov had exerted a major influence on the young rebel at the beginning of his artistic career introducing him to the works of Malevich, Chagall and Kandinksy. While studying at the Moscow Surikov Art Institute Igor tried to impose his will by realizing his own ideas in the composition and not following to the given task. In this way he encountered problems with his professor of academic painting, which was also the former director of the State Tretyakov Gallery. Despite his rebellious style of painting he finally received his diploma. The creation of the artist movement Furmanni Lane (“Furmanni Pereulok”) in 1987 is the result of his creative search. It soon became a requested address for the unofficial art of the end of the 80’s and attracted many art collectors from the West.
Since 1990, Igor Novikov lives and works in Switzerland.