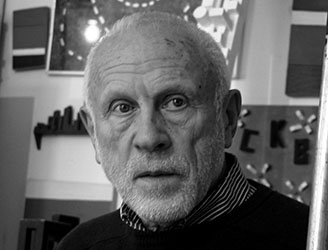 Igor Shelkovsky was born in 1937. His parents were arrested during Stalin's repressions. He lived his early years in prison with his mother and afterwards with his grandmother in Moscow. After graduating from art school, he worked as a restorer of ancient Russian paintings. He started to create more sculptures. In 1976 he emigrated to Paris. in the emigration he dedicated most of his time to issue "A-YA" - magazine about unofficial art in the Soviet Union.

The artist now lives in Moscow and Paris.