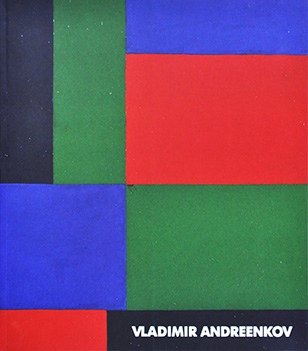 „The painter transfigures his emotions and perceptions into sculptural solutions – these can be rectangles, „chaotically“ constructed masks [...].“

This substantial catalogue was released in conjunction with the retrospective of Vladimir Andreenkov held in Zurich in 2007.
The book’s prime focus is placed on a profound analysis of his art as well as on philosophical thoughts in the form of poems that he had written before.
Compared to the monograph published in 2003, the current catalogue shows pictures which were created during his many long travels.
The voyage to Yakutia, to the peninsula of Crimea and a trip to Northern Russia with his friend Ilya Kabakov are particularly worth mentioning.