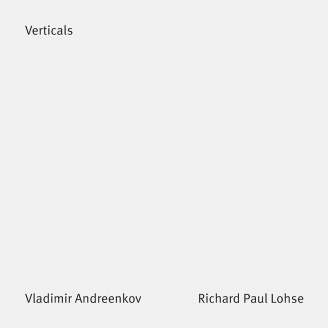 The catalogue was released in parallel to the exhibition “Verticals: Vladimir Andreenkov and Richard Paul Lohse” which was held in 2014, forty years after Lohse visited Andreenkov on the occasion of his journey to the Soviet Union in 1974. The exhibition shows vertical works of both constructivist artists from the 1970’s. The meeting of both artists represents the clash of two different art worlds - the free one and the oppressed one. At the same time it was a meeting of two artists with different approaches.