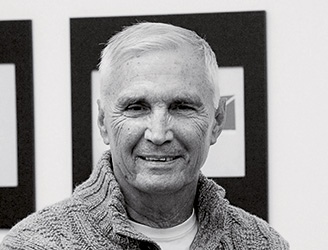 Yurlov began working as a freelance artist in the 1950s. He designed his unique palette of geometric forms (triangular, circular and drop) and he analysed the composition of his painting as a symbol.

By the middle of the 1960s Yurlov had developed his ideas for "Trinity" primarily from his theories of "Shaping Couples" and the resulting discoveries. In the first case there were the differences and in the second the harmony with its definite opposition emphasized.

From the end of the 60's until the beginning of the 70's Yurlov worked intensively on sketches for sculpture made from cables, conductors, electric switches etc., which have to do with the theme of communication. Some of the ideas from these sculptures may be realised later.

In the 1980's he worked with the concept "New Phonetics of Colour", which he further developed and deepened during his time in New York. His creative range is a continuing refinement and further development of his "Pair Shapes" theory.